My twenty-seventh birthday will go down in history.

All I asked for was a duck.

Instead, my boyfriend gave me the gift of knowing that I get to kiss him everyday for the rest of our lives. 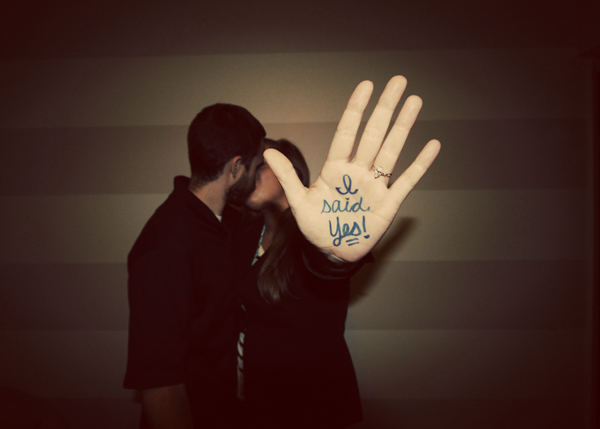 I get to marry my best friend.

I have smiled the biggest, glowy, cheese ball smile for the last two days.  Let me tell you all about it.

Christina’s story:  Talk about a surprise.  Sweet Tim knew that I would not be suspicious of a romantic night out if it was for my birthday.  He took me out for my favorite dinner and even let me order the dang lobster dinner.  He pacified me as I talked about the newest Kardashian and laughed at me when I burned all my taste buds off.  He was so cool, calm and collected I never gave any thought to this being anything more than a birthday dinner.  Tim knows me, he knows that I don’t do terribly well with surprises and I pretty much despise being in the limelight.  This was not the place.

Tim had a plan, a cute duck with a ring around its neck.  Who knew ducks would be so hard to come by this time of year.  So then he considered Asti and quickly decided a vet X-ray would not be a very romantic proposal.  Plan B was a lovely fire and a bottle of wine.  Then it poured.  St. Louis was under flash flood warning and even though he tried to convince me that “he could totally make a fire with swamp wood”.  I just stood over him drinking my wine and commenting on all the projects we need to tackle this weekend.  While staring DIY in the eye he decided we needed to take the party inside.

This is where my obliviousness comes into play.  Tim begged me to let him make a fire.  We could curl up by the fireplace and finish our wine and stare into each others eyes or something.  I should have seen where it was going…instead I convinced him that he would be all dirty and it probably wouldn’t even start and I mean it is summer so we really shouldn’t be heating our house.  Oblivious.  Instead I drag him onto our couch and beg him for presents, because that’s just the kind of gal I am.

This is where I tell you how awesome T is for getting me the phone case I wanted.  He is awesome.  Playing it so cool.  I am still hopelessly clueless re-charging my phone.  Then he starts teasing me.  “Asti, mama has another gift huh?” he says.  “Should we give her the other gift, I’m not sure she will like this one” he says.  “Wanna watch some TV?” he says.  Fast forward to me on hands and knees begging for another present, keeping my fingers crossed for that little chirping snugglebun.

In strolls Timothy.  Hands behind his back.  “Put your hands out” is all he says.  I listen intently for chirping, got nothing….then I fear the worst….he got me worms.  After a small panic attack, I refuse and he simply says, “then just turn around”.  I always do as I am told.  When I turned back around that little ninja had taken a knee.  Right about here my mind goes blank.  I can’t remember a thing.  I am told I made a funny hand gesture that led T to believe I was saying “no”.

He had a spiel, but apparently I jumped in his arms so fast that all he got out was “Christina Renee, you are the love” and tackled.  Then there were lots of kisses and smiles and “oh myyyy gosh”s.  Then it happened, then he told me the story. 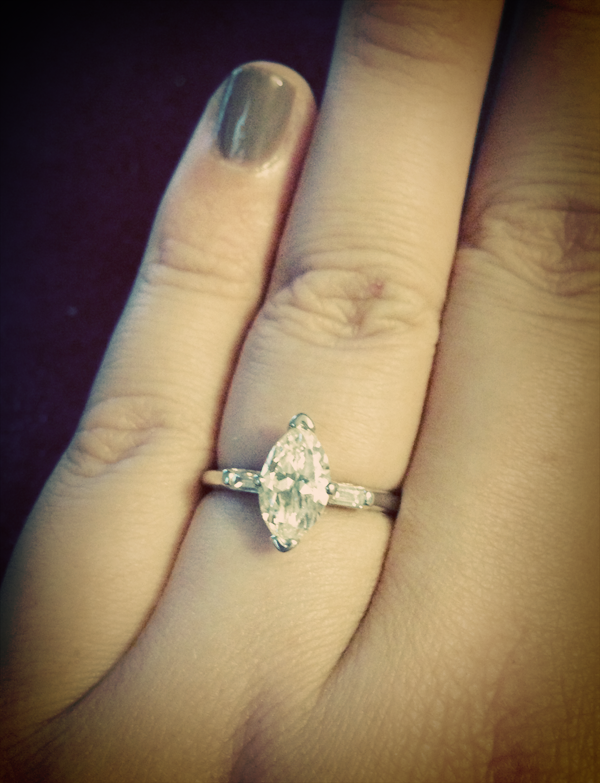 This ring, this beautiful ring, was the ring that Tim’s grandpa gave his grandma after returning from WWII.  When Tim and I met, we had some major bonding over the love we had for our grandparents so I know how important and special this is to him.  I have never had anything so precious to me in my life, a little treasure.  Cue the tears.  Yes, there was lots and lots of ugly crying.  The kind that chokes your airway off and snot bubbles become a real possibility.  Why does this guy want to marry me again?  I’m stumped.

After a good thirty minutes of tears and kissing, I composed myself for this gem. 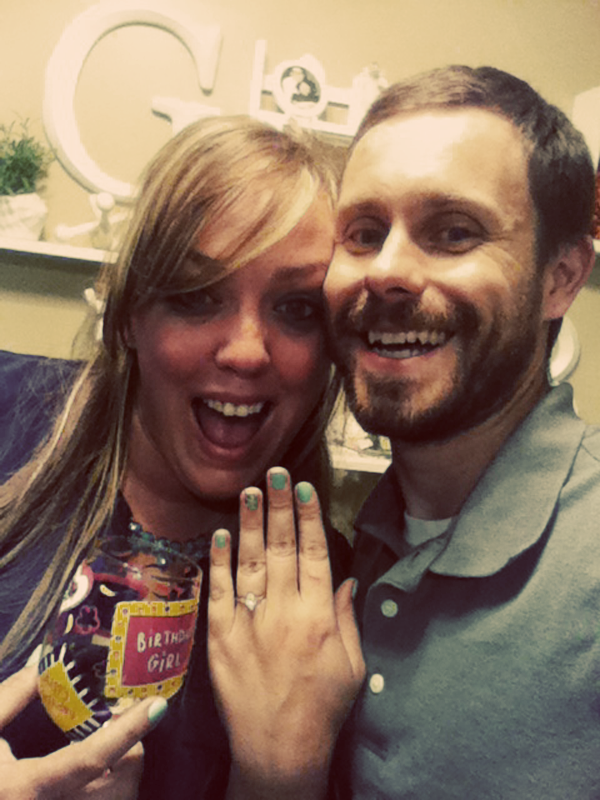 63 thoughts on “The BEST birthday present ever….”