We told you yesterday about our adventure in the World’s Fair wing at the Missouri History Museum.

Now we are going to give you a little more Missouri History.

If there is one thing I can say put St. Louis on the map….it would be beer.

This is a beer biased town for sure.  Home of the Busch family and Budweiser Brewing.  We do our part to keep the Buschs in business.

Almost as prominent as our brewing history is our sports history.
So it is no wonder that these two things made several appearances throughout the Missouri History Museum.

Tim’s favorite part of the museum was the War memorabilia, we spent a lot of time looking though the old posters and uniforms and Tim got to tell me all sorts of stories of his grandfather being a prisoner of war.

My favorite part of the whole place was finding out that Missouri voted YES to putting an aquarium in Forest Park.  Holler. 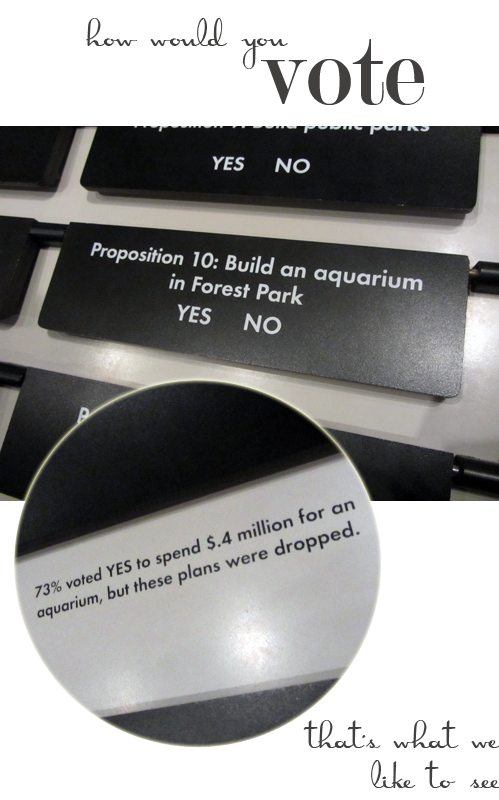 I have a new life plan….open aquarium in St. Louis.

Oh yea, I also quite enjoyed face time with my honey.  Oh and trying to figure out how I wound up on a random TV screen and where on earth the hidden camera was lurking.  Only slightly creepy. 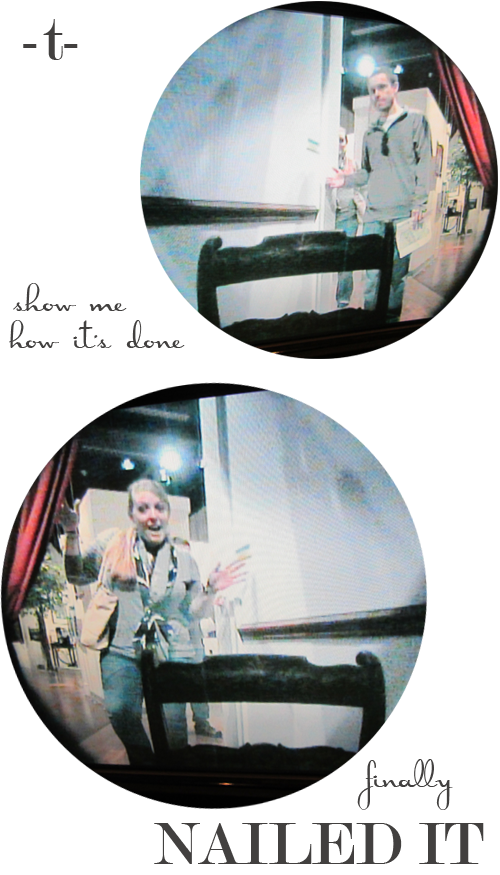 We also learned a thing or two…especially about the big St. Louis fire.

Even though I’ve hung out with Chuck Berry at the casino before, it was still neat to see him and all of his famous St. Louis Blues buddies  (not of the puck and stick variety, but go Blues).

And how adorable is this pink kitchen?
Parts of the museum were like walking back in time.

I think that Tim and I actually learned a whole lot about this great city of ours.

Look at my boyfran-man…so excited to get a view of the car…just making sure all the windows are still there.

Did you know Andy Cohen is from Missouri, and Sheryl Crow, and Mark Twain, and John Goodman, and Brad Pitt, and Dick Van Dyke, and one of those house wives girls….I think her name is Alexis.

Have you ever been to St. Louis?  Do you live here and know of a secret spot of awesomeness?  Where are the hot spots in your town?

6 thoughts on “Love where you live…History Museum part two”