The loss of my hometown heroes.

For my friends that were wrapped up in the debate or Honey Boo Boo re-runs last night, the St. Louis Cardinals fell to the Giants in what some might call a “landslide”.  I disagree, mainly because I live in the flatlands and I have never witnessed a real-life landslide.  I feel like it would be real sad.

Back to baseball.
The game was ours to win, and we didn’t. I do not believe it was a matter of not wanting it bad enough, I think our want and drive is what got us this far.

We were not supposed to get this far.

So thank you for a great season Cards, I’ll be here….counting down till Spring Training.

Until then, I will be rooting for Mister Weird-Beard. 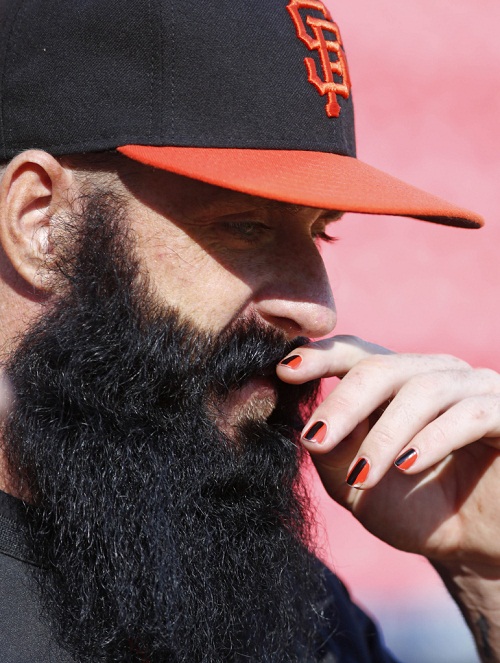 That, my friends, is my official statement.
Now I will go drown my sorrow in cupcakes and Barbara Streisand.

On a slightly ridiculous note, while watching my team get smacked around and flipping back between the beating and the debate I was also crafting.  With Elmer’s glue.  I know it’s amazing all the things women can do at once.

The glue prompted an impromptu glue-your-hands-together-like-you-are-in-second-grade-again session.  What was so fun about sticking your hands together at eight years old?  Do kids even still do that, or have they learned?  I just got frustrated, Tim says it’s because I didn’t lather the glue on.  I say it’s because I couldn’t grab the remote with glue hands.

I hope Brian Wilson never tries to put glue on his hands, it would inevitably end up in his beard.  Scary thought.

2 thoughts on “Today I am mourning….”