Recently, Tim and I had a bit of a nitrate problem.
We did some research and kept coming up with a very strange remedy. 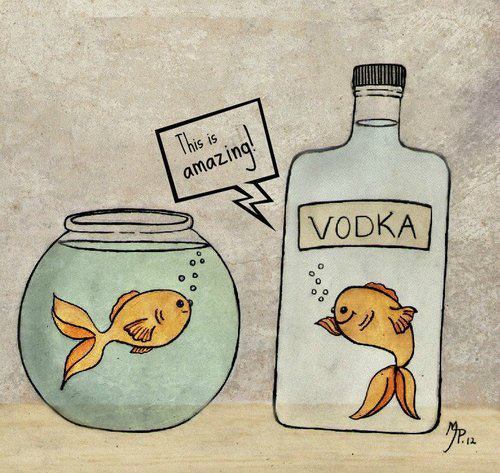 Let me tell you that the night T came to me and said he wanted to put vodka in our tank with my beloved fishies, I was a little more than leery.

I did my research right away since like most men, he couldn’t wait more than five minutes to get started.

Since we are still officially “youngins” we did happen to have an extra bottle of vodka just lying around, but before he started pouring away…I had to get my facts.

I have heard stories of haters pouring nasty bleach in their enemies tanks to kill everything in the tank…..so mean.
If you ever want to break my heart, just threaten that above sentence.

I did what any caring fish mama would do….I made a pun. 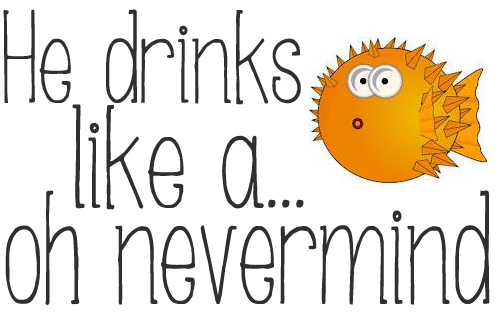 Then I got my research on and found out where this crazy idea came from.

Charles Delbeek, M.SC. who is a marine biologist at the Steinhart Aquarium explained that: “the “vodka method” is a means to add inorganic carbon in the form alcohol to cause bacteria to grow. In boosting bacterial growth, nitrate and phosphate are incorporated by the bacteria, lowering these values in the water. The excess bacteria are then either removed through skimming or are consumed by other organisms, such as sponges.”

There were a few debates over this method but the general consensus was it works really well but is a little bit of a shock to your tank so don’t dose alcohol everyday or anything.  Which is fine by us because we don’t want to host an A.A. meeting in our tank every Monday.

I gave Timbo the go ahead and he poured in the dose he already had preportioned and waiting.

We are by no means recommending this, because we haven’t done it enough.  I will say that we have seen a drop in the nitrates and maybe it’s just in our heads but the colors seem to really be popping!

Check out what my phone thinks… 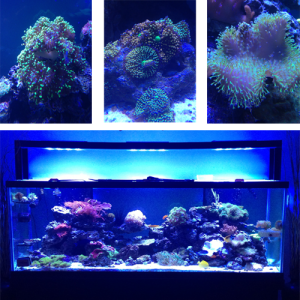 We shall see…I will keep you posted.

Don’t you love learning new things about your hobbies!

10 thoughts on “Our fish get crunk when we vodka dose….”