You may remember that Louisville, Kentucky was our first stop on our East Coast Road Trip.  I declared my love then, and fell even harder this time around.

For Christmas I got my family tickets to go see our favorite band, Fleetwood Mac.  Unlucky for us, no one ever deems Missouri a great venue for rocking out.  So I decided a family road trip was in order to check a box on our bucket lists.

I grew up traveling with my family, and our trips are always at the top of my awesome-memory bank.  As we grew older and went through the “can my friend come” and eventually “can my boyfriend come” stages of life the trips became rare.  I miss those family trips more than I miss Zach Morris, sometimes I hate growing up.  Throw in three members of our family going to school for a couple of years and you have quite a scheduling conflict, but somehow we made it happen.  Call it a testament to our love for Fleetwood Mac. 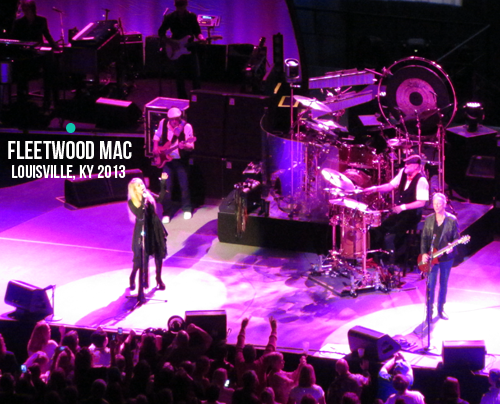 I suppose you could also say we actually like spending time together.
Gramma look away, there may have been a teensy bit of drinking going down. 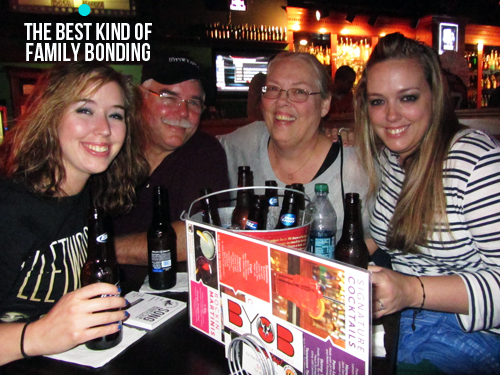 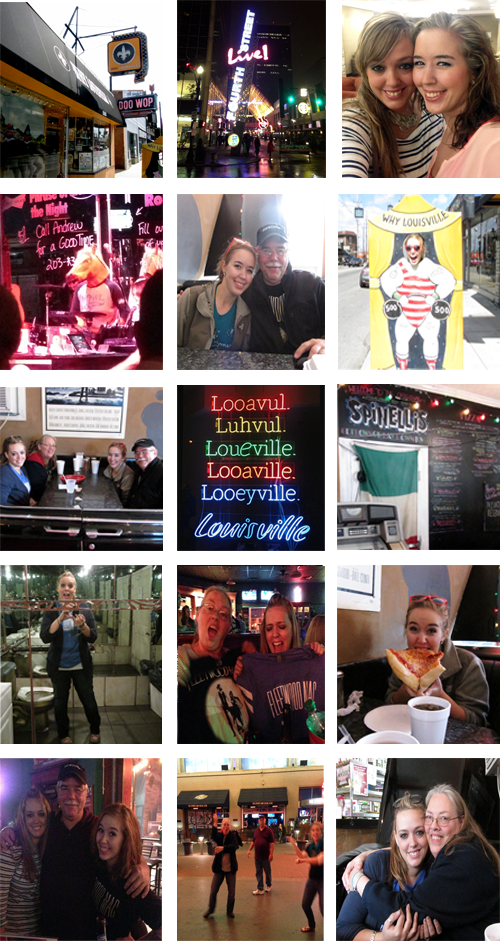 Please check out the bottom picture in the center, my mother was teaching my dad how to Gangham.  Aren’t you sad you missed out on that.

The concert was fantastic, Lindsey Buckingham is my hero.  Afterwards, we took our high (of the music variety, no illegal drugs in our veins) down the road to Fourth Street Live.  We stopped in at the piano bar Howl at the Moon, where they successfully sang Nikki Minaj and Tupac.  It was impressive.

If you follow us on Facebook you caught a glimpse of the horse playing drums….which made the night fantastic.  Even though whilst powdering my nose I encountered a group of super-excited bathroom goers that couldn’t have told you who Fleetwood Mac was if you were holding a bottle rocket to their head.  Look, if you have never karaoked “Sings a song it sounds like she’s singing…ohhh babay ohhh baby ohhh” well then I feel bad for you son. 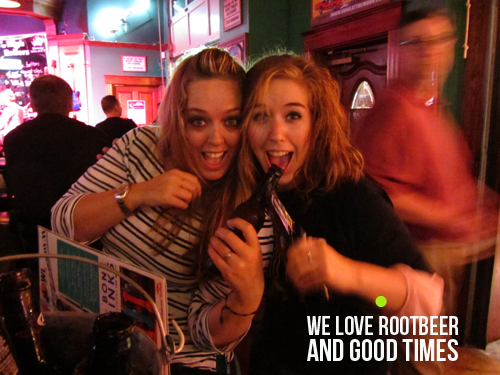 At the end of the night, my mom realized that we hadn’t eaten since 1 p.m. and declared a state of emergency.  Everyone I asked said that there was only one place to go for some “effing great pizza man”.  Everyone except our cab driver, who said it was too late for food.  Too bad for him our hotel receptionist had our backs and gave us a menu for that “oh my gosh you are gonna love this pizza” place and their number.

I called and ordered some pizza and soda pop, then my mom yelled at me for not ordering fried Oreos.  I thought I was being healthy by avoiding the fried dessert at 3 a.m. but Mr. Spinelli thought otherwise.  Miracle of all miracles, they gave us fried Oreos.  Let me tell you, fried Oreos after three buckets of beer is better than heaven.

So the next day, we did the only reasonable thing…got seconds. 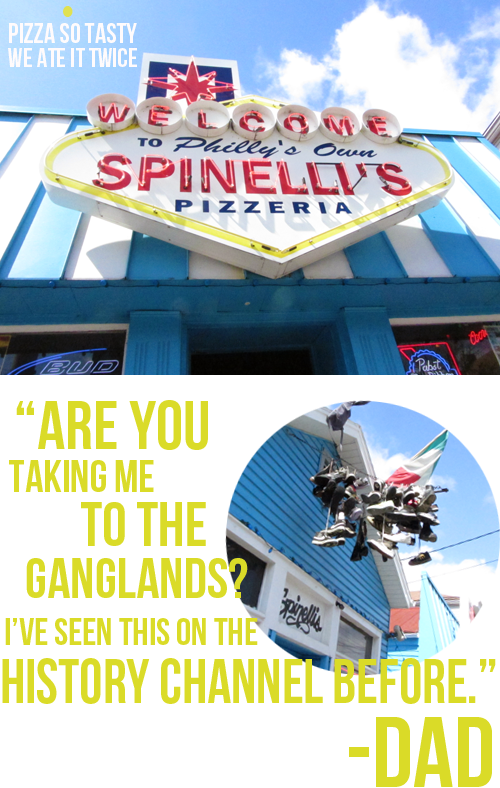 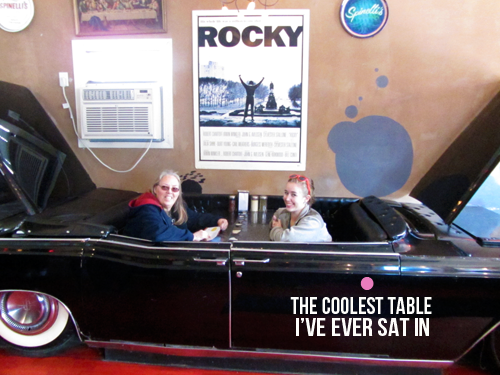 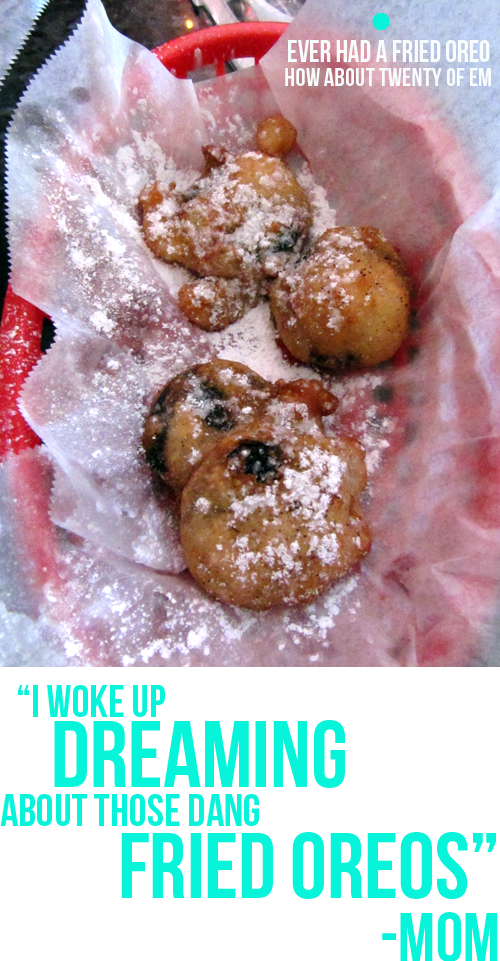 After lunch we explored a little and found eclectic little homes and shops.
This was my favorite. 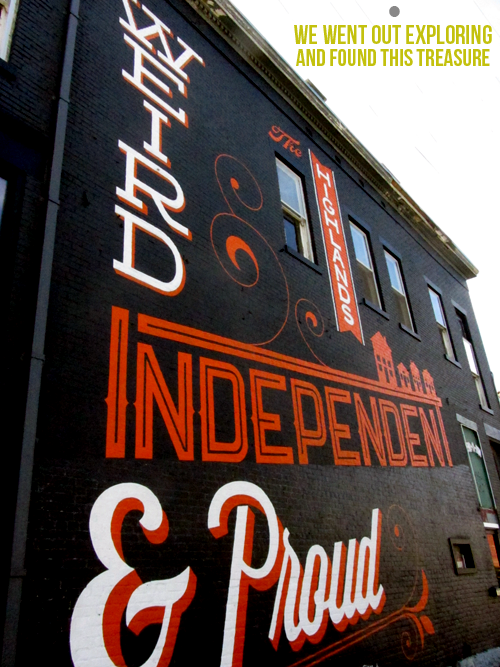 What is your favorite “family vacation” memory?
Ever been to Louisville, KY?
Want to be a gypsy like Stevie Nicks? 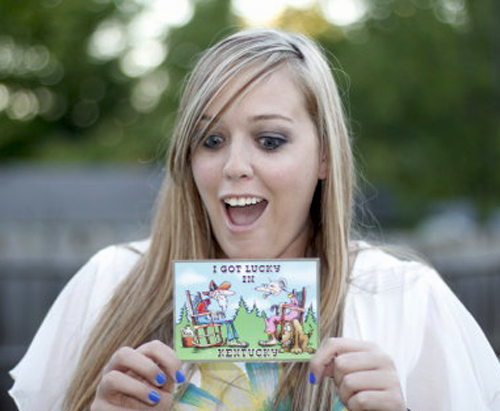 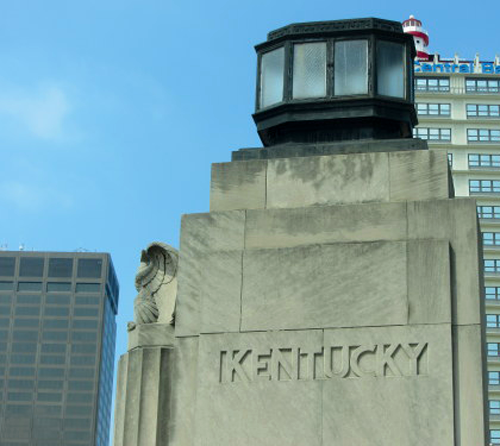 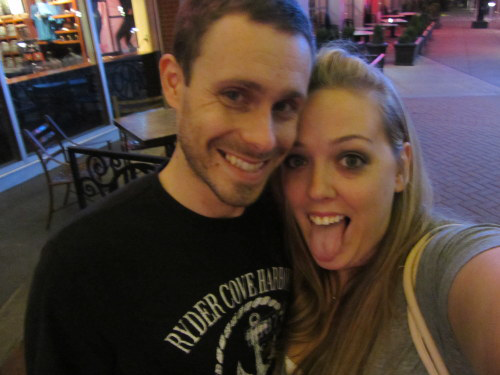 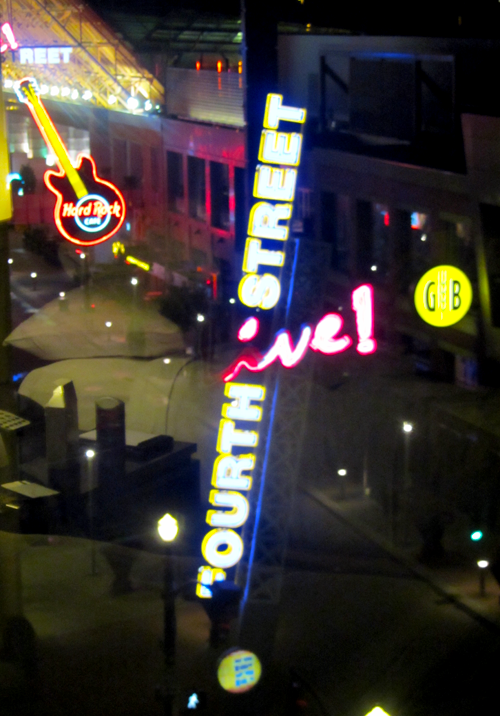 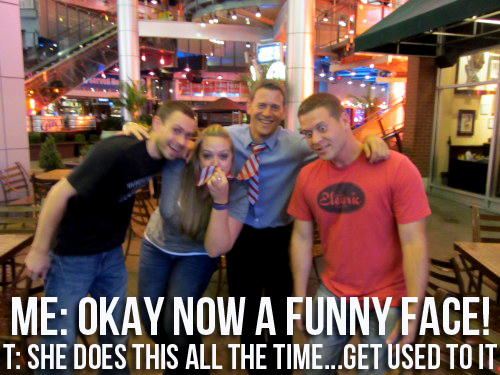