Our next stop on our East Coast Road Trip was the A-C. 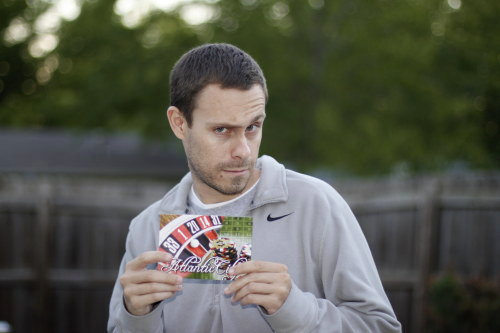 Yeaaaa buddy for all you Jersey Shore fanatic types…we just wanted to find the gypsies.

I have to admit, we only put this in our itinerary for the laughs.  We were sure we wouldn’t blend with the juiceheads and would most likely hate it.

Boy were we surprised. 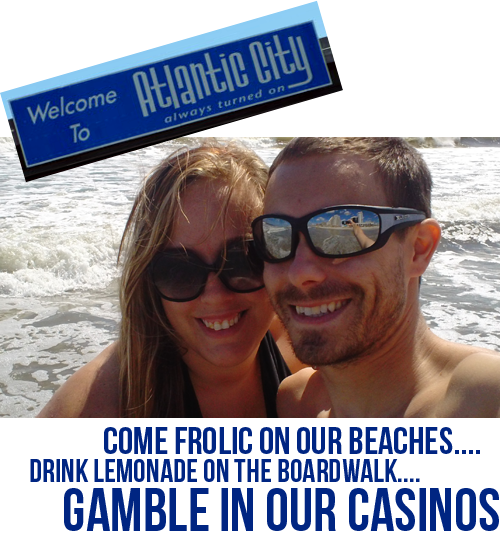 I mean what more could you ask for….besides a hotel room that was cheaper than our DC room service!

The hotel we stayed at was right on the boardwalk, with the beach right behind it.  It also had a casino, so why didn’t we come here sooner?

And get this…Timbo made friendlies with the front desk attendant.  So he gave us the “corner suite”…. 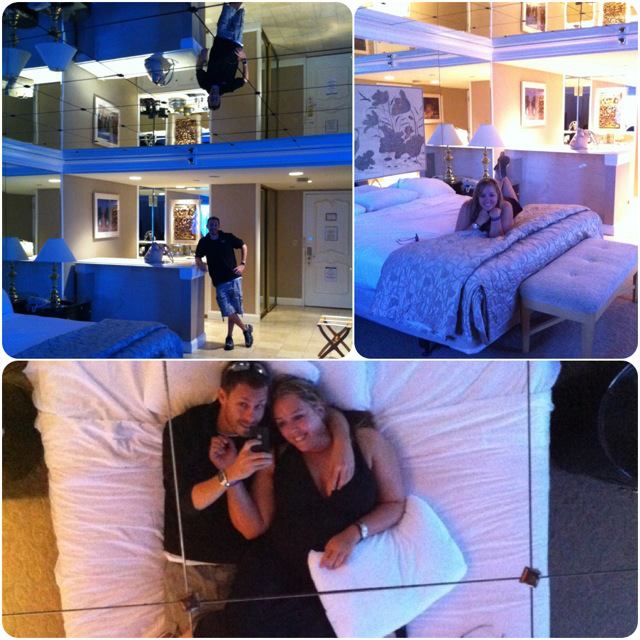 Why yes indeedy, those are mirrored ceilings….only in Jersey.
Don’t worry mom, we aren’t into that freaky 50 shades stuff.

So during the day we hung out on the beaches and played in the waves, until I found out I have an allergy to Atlantic City biting flies.  Seriously, I was welting up like a weirdo. 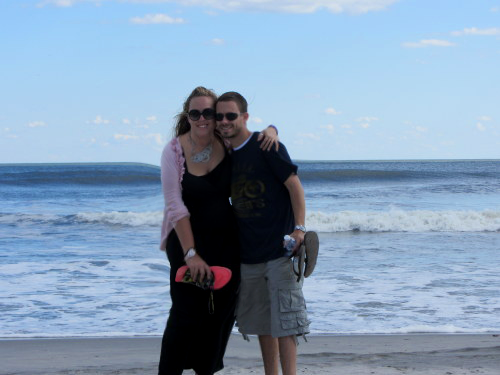 The beach reminded me of Florida, lined with hotels and touristy shops…but with way less college hotties and way more gambling grannies. 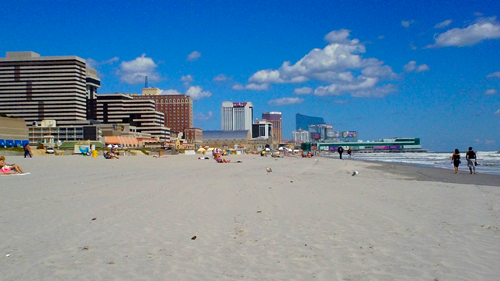 So after I was attacked by the killer flies and run off the beach…we spent a little time on the boardwalk. 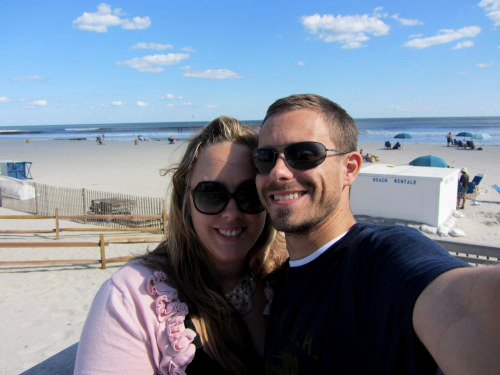 Here is where I admit that I am the annoying tourist…the one that loves the little shops with postcards and magnets.
I will gladly pay $9 for a yummy spiked lemonade just for the “whole experience” of the boardwalk.
The one that snaps a hundred pictures of every building, which is why you will see so many photos where T looks bored.
We have most likely spent all our money on junk and he’s been standing there getting harassed by homeless people while I snap away.

So I loved the boardwalk. 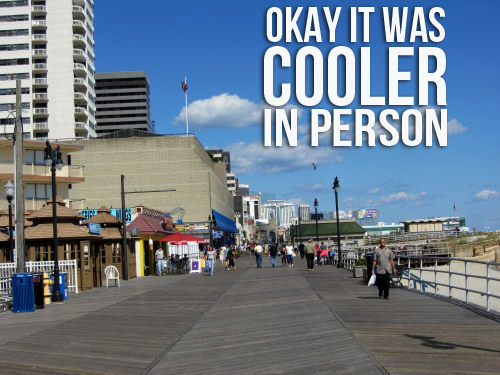 We had a great time just strolling up the boardwalk and then back down the beach.  Giggling over the seagulls the whole time, little entrepreneurs.  Pretzels crumbs are everywhere…and they are like gangs claiming their territory.  As lame as it sounds it was fascinating to watch for two folks who rarely see seagulls.

After all our beach & boardwalk shenanigans, we went to dinner in the casino.  We figured while in Jersey, we had to have real guido Italian.
So we went to Patsy’s, which is where Frank Sinatra used to hang out.  We stuffed our bellies with the best of them.

Then it was casino time. 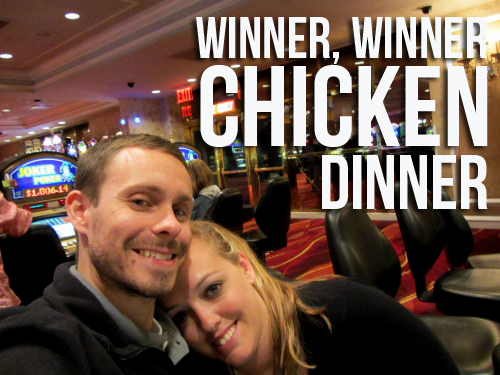 This was one of the most fun nights we had.  Oddly enough, we had never been to a casino together….I usually avoid them like the plague.

We did everything….roulette, poker, slots, craps, and the list goes on.  I kept winning, Tim kept losing….then I would give him my winnings and he would lose them. 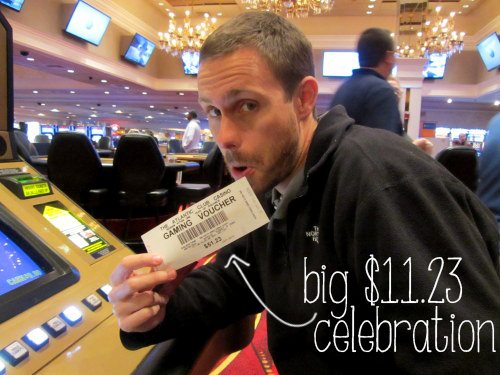 Until later in the night….when he won big on Double Diamonds.  He then had little old lady groupies the rest of the night.

I had to shoo them off with a broomstick.  Little hussys.

On a completely unrelated note, I was fascinated by the bridges in Jersey.  I had never given much thought to bridges unless I thought they were pretty.

When you think about it there are so many different types and styles, but they all serve the same purpose.  The old covered bridge is there for the same reason that the Golden Gate is.  Interesting, no? 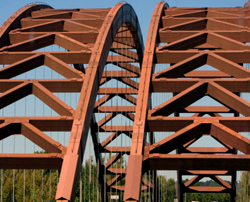 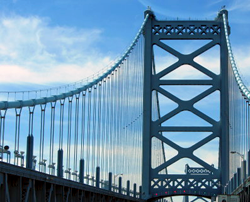 Sit and ponder bridges for a while now, mmkay.