I stalked John and Sherry Petersik’s wedding and home renovations for days….and those days then turned into everyday for three years.

I have followed their ups and downs and admired their ceramic animal collection from afar for a creepily long time.

So once the creators of Young House Love announced their book release, I prayed and prayed some more that they would visit somewhere within a ten hour driving radius.  I don’t like limits but I felt like 20 hours of driving might be pushing it if I wanted someone to come with me.
Then they said the magic words….Chicago. 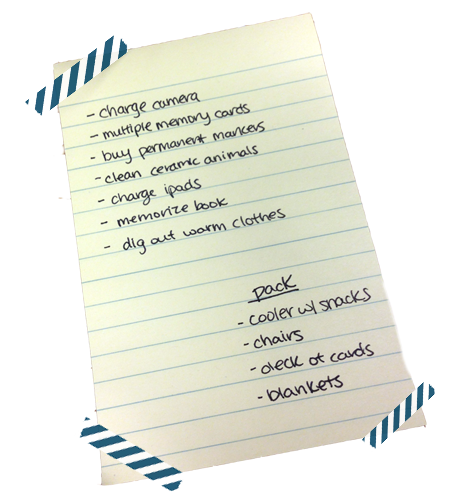 So here’s the part where most people will think we’re crazy….we left on Friday night at eleven o’clock at night.  On three hours of sleep.  And drove six hours to Chitown.

I obviously don’t have any road-trippin pictures like I did here since it was night time.
But once we got there….well picture frenzy commence. 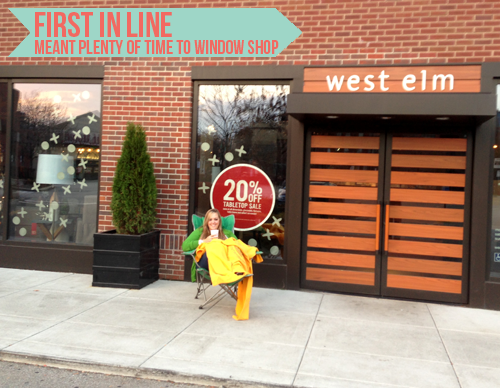 I called West Elm to make sure that we could get in since I was unable to RSVP when they announced the tour.  The girl was so sweet and told me to make sure I got there super early because some people might camp out, hence my boytoy’s loving text from yours truly.  We got there at 5:30 am and there was not a soul around.  And nothing was open.

I decided to set up camp since it wasn’t too cold and I needed to save my pep for meeting Sherry & John.

It didn’t stay lonely for long.
We met the most AMAZING people in line and we had a blast passing the seven hours of wait time. 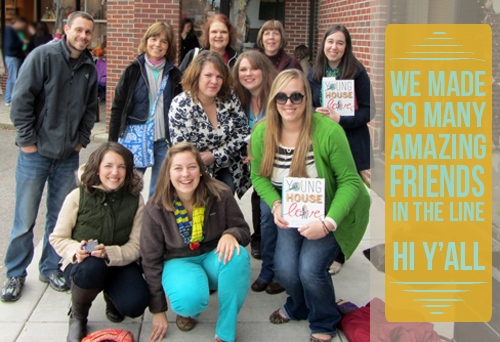 It was so nice to meet all of you, and everyone else that came to meet the crazy girl who showed up at 5am.
The Petersiks really do have the best fans. 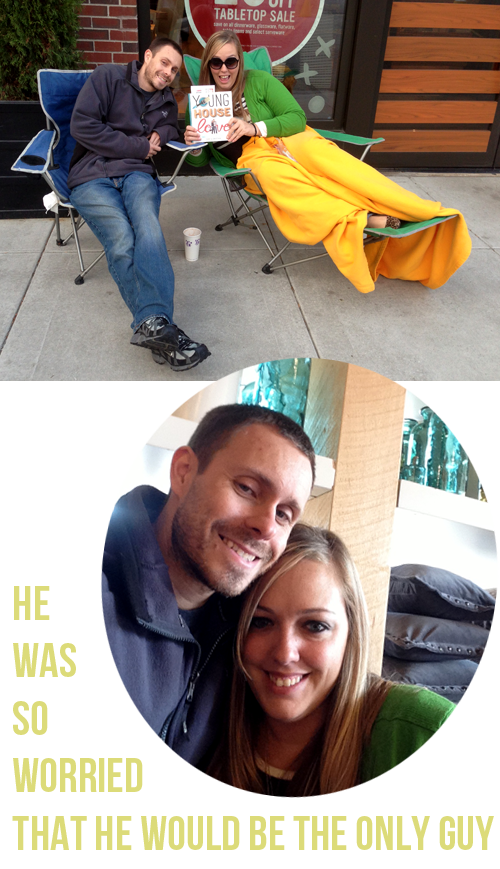 West Elm was seriously amazing.
The store was gorgeous.
The people were fantastic.
Joanie and Jeromy, holy amazing.

I also found out, St. Louis is getting a West Elm next year.
I am going to start saving now.

The whole event was surreal, and sweet. 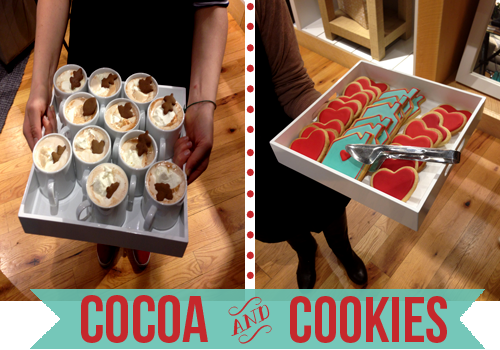 By the time this photo was taken of me enjoying my sweets, we had been there for a little over eight hours.
The line was wrapping around the building, and it was pouring.
Dedication….we got it.

It was so worth the wait. 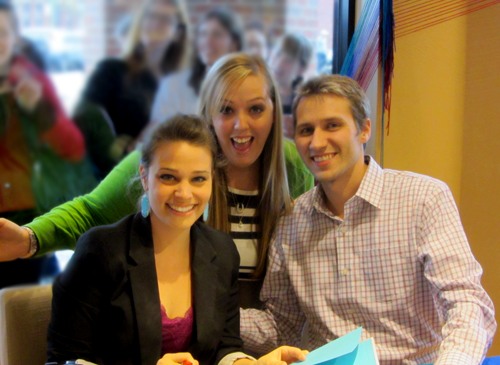 It was one of the coolest days I have had in a long time.  John and Sherry are exactly how you would expect them to be….amazing.

So fun and happy, and the best part was all their fans are the same way.

I also ran into Nicole Balch from Making It Lovely, who also is a co-teacher in the e-course I took with Holly Becker of decor8.

After I met Sherry & John I got to leave them a little note in their blank book that they bring to all the signings.  Talk about pressure, even my girl Roo has written in this book. 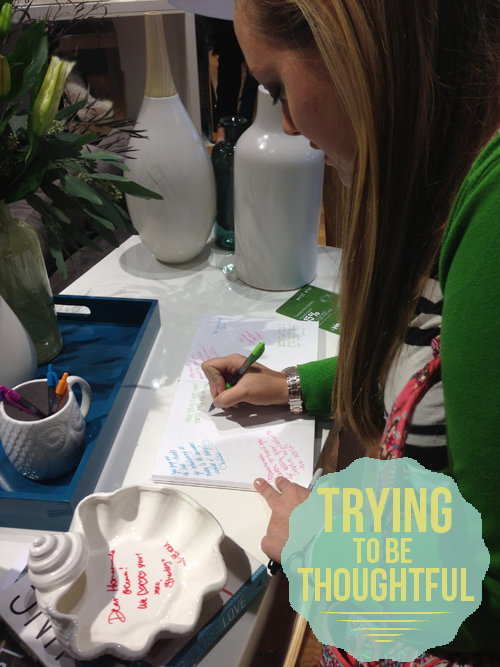 If you all really want to see me geeking out, just watch this video that Tim caught.

He is such a good man…I figured I owed him a little somethin somethin for you know staying awake for 26 hours, driving me to Chicago, feeding me chocolate when I wanted to crash, capturing the magic, and wiping my tears when we got outside and I realized that I just met Sherry and John.  Seriously, that happened.
Soooo…as promised. 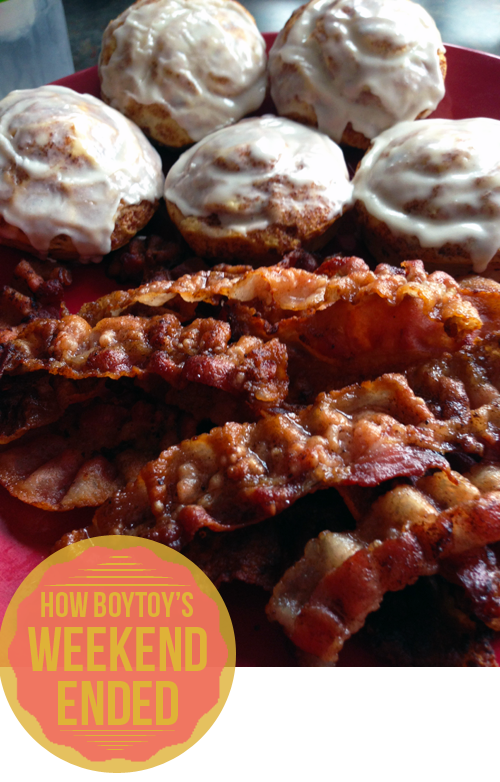 Amendment:  As I was writing this post….this happened. 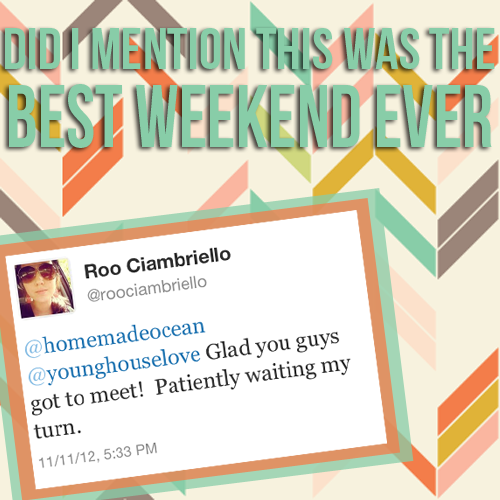 I am not going to deny getting up and doing the cabbage patch as soon as I read this….then I may have cried.
My life is seriously complete.
I have to send a HUGE, wet, sloppy kiss to @westelm and @younghouselove for hosting such an amazing shindig.
It really was the best.

59 thoughts on “Highlight of my life…the YHL book tour”