You might now know that the 210 gallon tank is not our only tank.

We have a few others, including a teeny nano cube on my desk to keep me calm and relaxed while I am blogging so I don’t lash out in a fit of hungry.

For a while I had Miss Holly in my teeny tank, then she moved out and some damsels moved in.  They weren’t very entertaining….just kind of swam around and picked on each other.  Kind of like watching bullying, or old school Jerry Springer or something.  Not my cup of sweet tea.

So I kicked them out too.  To the sump with you gangsters.

So I have been on my own talent search ala America’s Next Top Fish.  Now show me your smize girls.

Then I realized, if I want personality….it’s gotta be Dori. 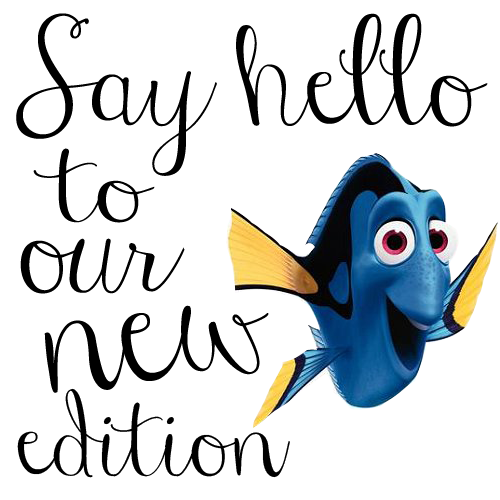 So we set out on a search…the first place we went?

But no Dori’s to be found, did run into some pretty rad turtles though.

The real problem was every fish we found was really beat up.  Like they had been raised by Michael Vick himself in his underwater Tang fighting tanks.  Rude.

After searching for a couple of weeks, we ran across this sweet little thing.

She is a doll….so much personality.  And guess what, it’s a baby!!! 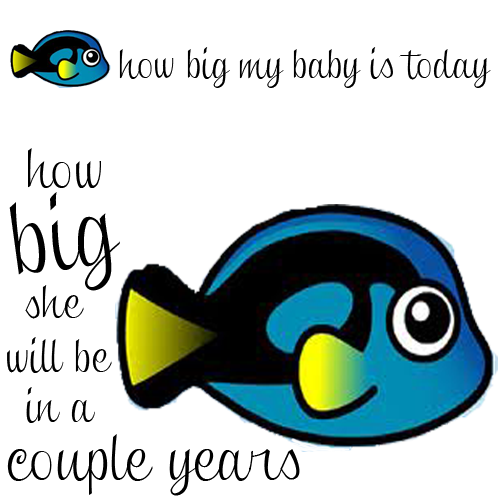 Oh yea, I am in love.  Dori’s official name is “Blue Hippo Tang” and they can grow up to a foot!  Looks like we need a bigger tank….and neither of us are complaining.

She has adjusted really well to the nano.  We plan to grow her out in there, and get all attached to her, then in a few years we will throw her in the big tank to let her show those fishies who is boss.

For now, I will just enjoy her tiny-ness and how she dances in front of the glass when I sit down.  She’s got the whole this-lady-feeds-me-so-I-should-keep-her-happy thing down pat. 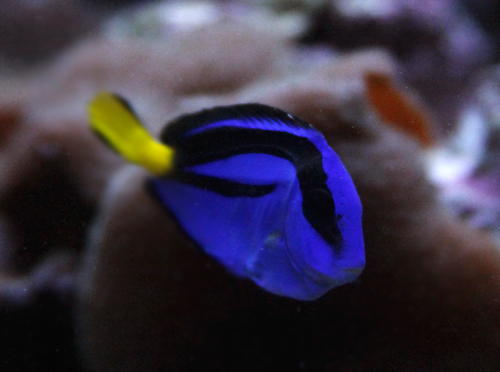 Here she is breaking it down for mama.  I’m telling you this fish has moves.

And because I am absolutely positive that you all have a hankering for finding nemo thanks to me, I will leave you with our star.