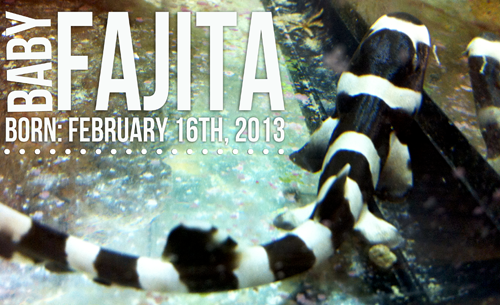 After a whole lot of waiting our baby shark decided to surprise us this weekend.
We literally bounced off walls.

Fajita is about the size of our hand, he’s teeny tiny.
I wish I could pick him up and snuggle. 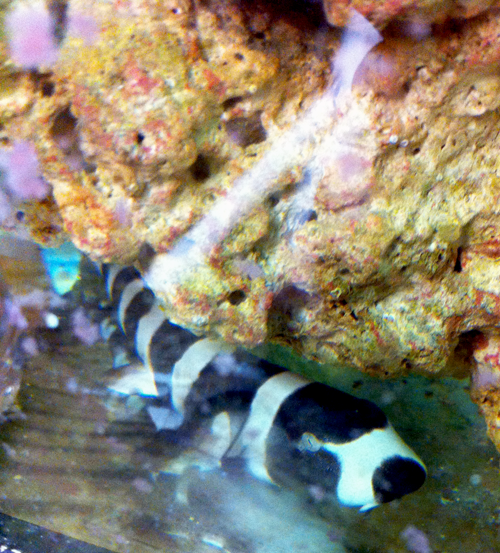 How could you not love that face.

Now comes the really hard part.
We have to get him to eat.

We have heard it can take up to two weeks to get them to start munching.  We are already trying, and in our heads he is already picking up that it is food.  But doesn’t everyone think that their little one is ahead of the game.

When you say your prayers tonight, throw in little Fajita.
He’ll thank you later.

We have already decided that if we DO get him eating, then a bigger tank is in order.  Obviously I have already begun planning.

No way can we let this little munchkin go until he is at least four feet. 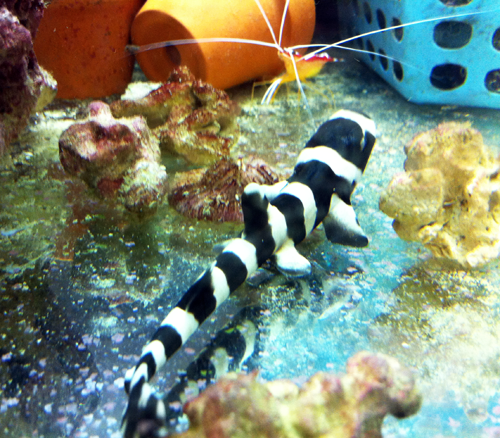 He has already made friends with the little shrimp.  If only that shrimp knew that in a couple months Fajita will want him for dinner.